The Truth About Side Effects of Black Pepper 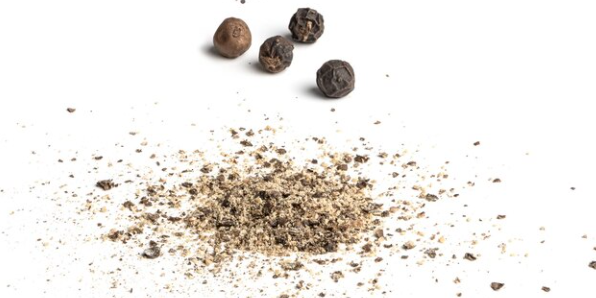 Black pepper is one of the spices with prevalent use worldwide owing to its health benefits. It’s known to add flavor and heat to many dishes, but there’s more to this spice than meets the eye. Black pepper contains piperine, a compound that can have side effects if you consume too much or are sensitive to it. The good news is that most people will never experience these side effects because they don’t eat enough black pepper or take medications that interact with it. However, others may experience gastrointestinal problems after eating black pepper or taking piperine medications (i.e., birth control pills).

This article examines the side effects of black pepper, its safety, recommended dosage, and potential drug interactions. So scroll down to know more!

Black pepper has piperine that can cause side effects.

You may be surprised to learn that black pepper has a potent compound that can cause serious side effects. Black pepper is the source of an active ingredient called piperine, which gives black pepper its spicy bite. Piperine also has some medicinal uses, but these are limited because of its side effects. Side effects can include nausea, vomiting, and diarrhea—all of which are common when using any form of piperine-rich spice or herb like black pepper. In addition to these more common symptoms of piperine poisoning (as it’s sometimes called), some reports indicate that people with low body weight may be more susceptible to experiencing severe reactions from consuming high levels of this herb than those with higher weights.

Side Effects of Piperine

Piperine is well-known for its ability to increase the bioavailability of other compounds it’s paired with. That means that taking piperine with another substance helps your body absorb more of that substance than it would have if you had taken only the other compound. Piperine-related side effects are uncommon and usually very mild; nonetheless, they can occur. When taking piperine supplements or consuming foods containing piperine, pay attention to any changes in your health to inform your doctor if anything unusual occurs.

We all know that black pepper is a hot, zesty spice. So familiar feeling tells us we should limit the amount in food prep. Going overboard can undoubtedly cause a burning sensation in your stomach. Still, if you overeat, you will likely damage your stomach and even your gland system as you lose potassium. Studies stated that black pepper could also cause gastric mucosal injury. A subject administered black pepper revealed symptoms of gastric bleeding. The piperine in black pepper can leave a ‘burning sensation in throat’ aftertaste. The study concludes that the long-term safety of spices such as black pepper needs further research. So gastrointestinal discomfort is a common side effect of black pepper. This can cause stomach pain, nausea, vomiting, diarrhea, and even bloating. In addition to these painful symptoms, it may also cause heartburn or acid reflux.

As with all herbs, it is essential to know the risks associated with black pepper. Before adding this herb to your diet while pregnant or breastfeeding, there are several things to consider.

Only pregnant and nursing women can use black pepper in moderate amounts in their meals. However, intake of more considerable amounts is unsafe, particularly for the baby. The hot flavor and taste of black pepper can be transferred into breast milk.

Can Lead to Death (in Children)

Our sincere suggestion to those who are up to doing a spice challenge: DON’T GO FOR IT.

Not only can inhaling black pepper lead to respiratory troubles like lung irritation and asthma, but it can also even induce death, particularly in children. So always add black pepper to your meals and drink, where it is suggested to benefit your breathing, not take it away.

It is safe when:

It’s oil doesn’t cause negative effects. Excessive amounts of black pepper taken by mouth can accidentally get into the lungs and has been reported to cause death. This is especially true in children.

Some Mild Side Effects of Black Pepper

The piperine may slow blood clotting but whole black pepper is considered significant in increasing blood flow. Diabetic, people on blood thinnig medications, and those having scheduled surgery must seek the advice of their healthcare provider.

Summers are always superheated, so be mindful if you are stacking on the black pepper and are already sweating. In this way, not only can you feel sick, but some people can also undergo a nosebleed. Doctors are of the view that the bloody nose is a neurodegenerative reaction and nothing to be too worried about, but you should ask your doctor if it repeatedly happens to you with spicy foods.

Remember, black pepper has scorching (burning) effects! Please do yourself a favor and keep it out of your eyes.

May Yield Your Body To Over Absorption of Certain Drugs

Black pepper stimulates the absorption of certain drugs. These include those that boost hepatic metabolism and antihistamines that resist allergies. Patients taking cyclosporine A, cholinergic, digoxin, and cytochrome P450 should avoid ingesting black pepper. These drugs and pepper don’t belong together. Piperine acts as a bioenhancer in drug absorption. Though this could be healthy if a medication is poorly absorbed, it may also lead to the over-absorption of certain medicines to dangerously elevated levels. The problem is that piperine can also increase the bioavailability of toxic substances. It can prevent your liver from getting rid of toxins in the body, so you will retain them. It’s not good if you’re taking certain medications, including

The piperine in black pepper may interact with certain coadministered drugs. Though this may benefit some cases, it can also provoke adverse effects. The reason is that piperine can inhibit or stimulate the activity of certain metabolic enzymes and transporters. Piperine was also found to interfere with the metabolism of carbamazepine (medication used for epilepsy). This vital body enzyme plays a role in removing toxins in the body. The compound also inhibits the activity of CYP3A. This attribute of black pepper might result in the proliferation of detrimental toxins in the body. Side Effects in People Taking Certain
If you’re taking certain medications, piperine may affect how your body absorbs or interacts with it. Piperine can also increase or decrease the effects of some medicines.

Here are some common medications that could be affected by piperine:

A female mice study showed the piperine in black pepper inhibited several reproductive occurrences. It also reduced the mating performance and fertility rate in the mice. The piperine in long pepper (a variant of black pepper) inhibited pregnancy by 80% in studies performed on female rats. The compound may show contraceptive action, and research suggests its non-usage during pregnancy and lactation. Piperine may affect male fertility as well. It increases the number of harmful radicals in the epididymis (male duct where sperm is stored). A rat study found that the compound damaged the sperm.

Can Make You Sneeze

One needs to be careful when it is used in large doses or as a supplement having an active compound, piperine. In amounts required for cooking, black pepper is safe to consume without any side effects. The piperine in black pepper is an irritant. Inhaling the smell of black pepper can upset the nerves of the nasal mucous membrane. This provokes you to sneeze as the nose wants to expel the irritant. This may not be a severe side effect, but it is good to be aware of it.

A study found that cosmoperine, a compound separated from black pepper, may cause skin redness due to vascular engorgement (a condition where vascular tissue loads with blood & other fluids) coupled with a skin-tingling sensation. There needs to be more examination of this aspect. In a few rare cases, the intake of black pepper can lead to skin irritation with symptoms including itching and swelling. However, some people utilize it for nerve pain and scabies.

In conclusion, black pepper is not a harmful spice that you should avoid. The side effects of piperine are mild. You can manage it by taking the proper precautions. If you want to avoid any potential risks, we recommend talking to your doctor before using this herb as medicine or in food preparation. Though you might love adding some extra zip to your food by sprinkling on some freshly ground black peppercorns every now and again, you’ll have to weigh whether or not it’s worth risking getting sick just for a little extra flavor!