How to Use Curcumin (Turmeric) for Immune System? 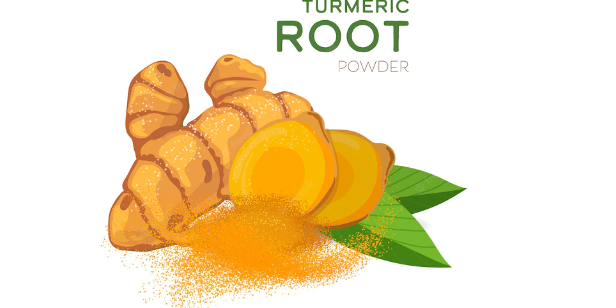 Assuming that roughly 70% of our body’s immune cells are found in the gut, dietary ingredients that stimulate healthy gut bacteria may, in turn, help support the immune system. Prebiotics are non-digestible foodstuff that is consumed by health-promoting bacteria. Simply put, the beneficial bacteria in our gut can “ingest” various plant elements that can improve their growth. A recent study examined the effects of curcumin and turmeric supplementation on gut bacteria. Volunteers in the study received curcumin, turmeric, or placebo supplements for constantly eight weeks and then had their gut bacteria investigated. This study showed that while the placebo group had declines in gut flora species, curcumin and turmeric-supplemented groups experienced increases in many gut bacterial species. If more research proves curcumin’s prebiotic-like impacts, curcumin can become a compound used to sustain both gut and immune health.

What is Curcumin (turmeric)?

Diet is an effective way to boost your immune system. So here comes Curcumin – the powerful ingredient for boosting immunity. Turmeric, also known as “Indian saffron,” is a bright yellow-orange curry spice and a medicinal herb used for thousands of years. It is a class of compounds (curcuminoids) derived from the root of the turmeric plant (Curcuma longa). Since its discovery around two centuries ago, Curcumin has gained one of the most well-researched natural therapeutic ingredients. Many researchers believe that Curcumin is more potentially medicinal than turmeric. Modern science has since discovered that curcumin can help with everything from boosting the immune system to preventing cancer.

Let’s take a look at how this amazing ingredient works!

1. It helps boost the immune system and helps fight against infections.

You can also use curcumin to boost your immunity. Curcumin is a powerful antioxidant that can help prevent and fight infections.
Studies have shown that curcumin has anti-inflammatory effects, which means that it can help reduce the swelling of tissue as well as pain and irritation caused by inflammation. The best part about using turmeric for boosting your immunity is that there are no side effects from using this herb in high doses, so you don’t have to worry about adverse side effects like those associated with prescription drugs or other herbal remedies which may cause different reactions depending on each person’s body chemistry!

2. Curcumin is a powerful antioxidant.

As an antioxidant, curcumin helps to fight off free radicals that can damage cells within your body. When you take curcumin as a supplement or consume it in your diet, you’re helping to prevent oxidative stress and inflammation, which are causes of many health conditions. Oxidative stress occurs when there’s an imbalance between the production of free radicals and the body’s ability to neutralize them with antioxidants like curcumin. This imbalance can lead to chronic diseases like heart disease, arthritis, diabetes, and even cancer. In addition to being an antioxidant, curcumin has anti-inflammatory properties that can help reduce inflammation in the body—a common cause of many degenerative diseases, including Alzheimer’s disease and osteoarthritis (OA).

3. It helps with digestion and can be used to treat stomach infections.

4. It can help prevent diseases like cancer and dementia.

Curcumin, a compound found in spice turmeric, has many health benefits. It’s been shown to help prevent diseases like cancer and dementia by fighting free radicals and reducing inflammation throughout the body. Curcumin may also be beneficial for people with heart conditions since it can reduce high blood pressure. In addition to its antioxidant properties, curcumin has anti-inflammatory effects that support healthy digestion and gut health and promote brain health by helping you make new connections between neurons (aka “neuroplasticity”). It may even help relieve symptoms of depression and anxiety by boosting levels of serotonin in your brain! Curcumin is beneficial for patients with Alzheimer’s and dementia because it can protect brain cells from damage by improving synaptic plasticity (the brain’s capacity for change). It can also improve energy production within cells.

5. Curcumin can help reduce inflammation throughout the body, including the lungs.

Inflammation can be good, such as when it’s used to fight off an infection or heal a wound. However, chronic inflammation can lead to pain and swelling. Chronic lung disease is characterized by inflammation in the lungs that causes shortness of breath as well as coughing and wheezing. Since curcumin has anti-inflammatory properties, it may help reduce symptoms of chronic lung disease and improve your quality of life.

6. Curcumin may be beneficial for people with heart conditions.

Curcumin is a good option if you want to keep your heart healthy and strong. It is beneficial in many ways. It can help prevent heart disease, reduce cholesterol and blood clotting, and helps prevent atherosclerosis.

7. It has numerous health benefits because of its ability to fight off free radicals and reduce inflammation in the body.

Owing to powerful antioxidants with numerous health benefits, it has the ability to fight off free radicals, reduce inflammation in the body and increase your overall immunity. Curcumin can help you fight against cancer, dementia, and heart disease. Research suggests that curcumin may help prevent cancer by inhibiting tumor growth and proliferation of cancer cells through its anti-inflammatory effects on the body. Curcumin also prevents the spread of cancer cells by interfering with their ability to move from one part of your body to another.

Traditionally known for its anti-inflammatory properties, curcumin has been shown in the last two decades to be a powerful immunomodulatory agent that can modulate the activation of:

Curcumin can also downregulate the expression of various proinflammatory cytokines. Interestingly, curcumin in lower amounts can also improve antibody responses. This means that curcumin’s documented beneficial effects in arthritis, allergy, asthma, atherosclerosis (clogged arteries), heart disease, Alzheimer’s dementia, diabetes, and cancer may somewhat be because of its ability to modulate the immune system. Concurrently, these discoveries deserve additional consideration of curcumin as a treatment for immune system disorders.

As stated, chronic stress and poor mood conditions are linked with repressed antiviral responses and increased infection risk. Because all immune cells have cortisol receptors, chronic stress may change cortisol levels and damage immune responses. In a recent study examining whether curcumin supplements affect cortisol, acute-phase proteins, and BDNF (a protein that helps preserve neurons) in those with poor mood, individuals were randomized to take curcumin or placebo supplements for six weeks. At the end of the clinical trial, those supplemented with curcumin had remarkably higher BDNF levels, better mood scores, lower cortisol levels, and lower blood levels of acute-phase proteins.

Does Turmeric Boost your Immune System?

As we have discussed, our bodies respond to several elements that can cause innate immune cells to overly activate. Unluckily, hyperactivation of these innate cells results in the overproduction of acute-phase proteins, which can harm our health. Further, chronic activation of these proteins may lead to the suppression of antiviral defenses. Luckily, some human studies have found that turmeric curcumin supplementation lowers blood levels of various acute-phase proteins. This research proposes that curcumin helps regularize particular parts of the immune system that tend to become overactive.

Experimental studies have shown that curcumin (turmeric) may improve the body’s power to make DHA, an omega-3 fatty acid. This fatty acid is critical for human health. Mainly, curcumin boosts the enzymes( those involved in converting ALA to DHA). This suggests that curcumin may help raise omega-3 levels. Because omega-3s can make their way into the membranes of immune cells, it is believed that omega-3s can change immune cell activity. In fact, resolvins (substances derived from the omega-3s EPA and DHA), as the name suggests, assist in resolving excessive immune reactions. It also reduces the production of cytokines formed by injury or infection. Resolvins also increase innate immune cells’ ability by removing microbial invaders. It’s promising that curcumin may increase omega-3 levels to the degree that it supports the immune system’s health.

HOW TO USE TURMERIC FOR IMMUNE SYSTEM?

While you can use turmeric as a spice in your food, that might not be the most productive way to get the spice’s health benefits. That’s because the herb contains just 3% curcuminoids, compared to turmeric curcumin supplements, which can be up to 95% curcuminoids. You would have to take large turmeric dosage to get the same benefits as a supplement.

If you’re looking to ingest more turmeric within your diet, try adding the spice to:

One of the most effortless things you can do with fresh turmeric root is to slice it into a vinaigrette with olive oil and lemon juice, then use it in salads, as a marinade for tofu, or as a topping for wraps and salads. Try this simple, five-ingredient turmeric vinaigrette over your next salad bowl.

This turmeric smoothie is ideal for adding this golden superfood to your diet. Turmeric smoothies are potent anti-inflammatory drinks that may strengthen your immune system, support heart health, reduce depression symptoms, ease arthritis symptoms, and more!

We hope that this article provides you with the information you need to decide whether curcumin (turmeric) is suitable for your needs. It’s clear that there are numerous benefits associated with taking this supplement, so if you feel like it could be helpful for your health or lifestyle, then go ahead and give it a try! You might be surprised how much better things get when using curcumin (turmeric) regularly.

Turmeric for Back Pain: A Good & Natural Treatment
December 29, 2022
Search
Recent posts
Go to Top
%d bloggers like this: