Chamomile is one of the most well-known medicinal herbs in the world, and it’s easy to see why. It is a member of the Asteraceae/Compositae clan. It has two varieties in common. German Chamomile (Chamomilla recutita) and Roman Chamomile (Chamaemelum nobile). Its dried flowers are known as florets or heads. These flowers have terpenoids and flavonoids, giving them medicinal effects. Chamomile preparations are generally used for many human conditions, including hay fever, inflammation, muscle cramps, menstrual disorders, insomnia, ulcers, wounds, gastrointestinal disorders, rheumatoid pain, and hemorrhoids. Today, chamomile is still commonly found in teas, soups, and salads due to its sweet flavor and soothing properties. Essential oils of chamomile are employed broadly in cosmetics and perfumes. Different preparations of chamomile have been formed. The most popular among them is herbal tea, consuming rate of more than one million cups per day. 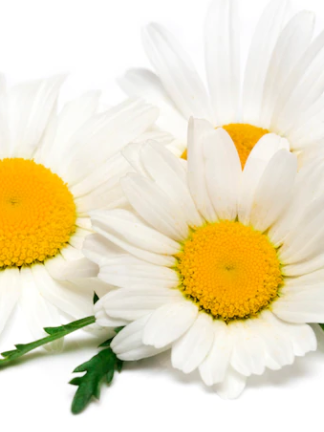